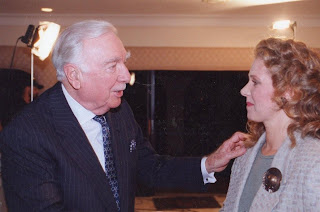 May Walter Cronkite Rest in Peace. I know his memory will live on... in me... forever.
He was the best teacher I ever had.!
Posted by Liz Sterling at 10:06 AM